Closer is three-piece heavy emo / post-hardcore formed in Brooklyn, NY in 2016. Ryann Slauson, Griffin Irvine, and Matthew Van Asselt had all been playing together and separately in various other projects for many years, but this is the first joint songwriting venture the three have undertaken together. The band began when Matt and Ryann ran into each other outside of a practice space and made a spur of the moment plan to play together later that day. The first closer song was made up on the spot. Griffin joined on shortly after and the three quickly released a demo and began playing shows. Their debut LP all this will be will come out fall 2017 on Lauren Records, Conditions Records, and Middle Man Records. 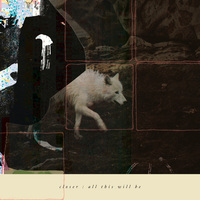 Closer - "All This WIll Be"