Diners is the name humbly attributed to the West Coast pop, rock & roll outfit led by song troubadour Blue Broderick (she/they). For the past 10 years, Blue has been zipping around the country in a minivan on self-booked tours, singing remarkably sincere and catchy pop-rock songs with a trusting and playful twinkle in the eye. On her newest album Four Wheels and the Truth, Blue spills her inner thoughts, dreams, and anxieties with newfound strength & vulnerability. This is the first album that Blue has released since becoming more open about her trans identity and it beams with self-acceptance, humor, and heart.

There’s an old saying that a country song is just ‘three chords and the truth’ and here Diners winks at that truism, with a twist that applies it to the romance of the open road and a life spent speeding across it. The music on Four Wheels and the Truth owes more to AM Gold, Harry Nilson & gentle Power Pop than to the history of Country music, but simplicity and honesty were major pillars of the record. The first single “Brain Song” consists entirely of the words ‘I think my brain might have a little brain of its own. It doesn’t do anything that I want it to do. Run around. Round and round it goes.’ And with that, Blue perfectly illustrates her idea that “you can say a line over and over again and have it mean something different every time”, guiding us through the contradictions, humor, and longing for clarity in the sentiment. Other songs on the record are more verbose in their description of confusion. On the steady and hypnotic, pop-glower “Half Glass”, Blue discusses the conflicting double sides to every perspective with Zen grace before stepping out of the way for one of the album's many ripping guitar solos. Blue speaks from heart and mind throughout the record with more truth than ever before, noting “I experience a lot of doubt in my life — maybe more than some would gather from my previous songs. I always wanted to be a chill person who seemed to have it all figured out, but I don’t, and I’m no longer afraid to say so.”

Four Wheels and the Truth was co-produced by Matty Terrones from the band Neutral Shirt and features some guest appearances by Mike Huguenor, Christian Reeb, Chase Kamp, and Chris Farren. Most of the songs were recorded between Blue’s bedroom & Mike Park of Asian Man Records’ recording studio, District Recording. The acoustic, triple chorus’d ballad, “Tried to Try” was recorded in the back of a Dodge Charger in a San Diego parking lot & the mellow beach number “Out the Door” was recorded in a cave at the Sutro Baths in San Francisco. Four Wheels is a rock & roll record, a sing-a-long record, a brave record, a plea for loving community, an inner/outer dream cruise, a testament to the non-binary realities abound. It shreds, and the truth is, it’s coming out on June 10th from Lauren Records. 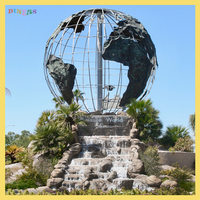 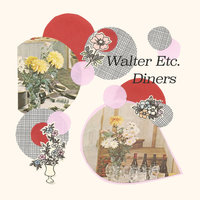 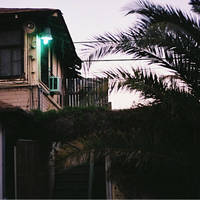