Like most young musicians, Mike Huguenor got his first guitar before he was a teenager, and like all good punks do, he started his first band shortly thereafter. Since then, he’s played with a who’s who of punk and indie bands such as Classics Of Love, Hard Girls, Shinobu, Jeff Rosenstock, Dan Andriano In The Emergency Room, The Bruce Lee Band, and Kitty Kat Fan Club, just to name a few. Over the years, Huguenor has played a lot of guitar and written a ton of songs for a lot of different bands, but with X’ed, his first solo LP, he’s doing something totally new.

The 10 tracks that make up X’ed are all instrumental, and every sound you hear on the record was made with a guitar. That’s not to say it’s a non-stop shred fest. Instead, it’s the next step in the evolution of a songwriter who found himself without a band to play with.

“The album title comes from every band I’ve ever been in being gentrified out of San Jose,” says Huguenor. “Because all those other people were X’ed out, it was just me and my guitar. So it was like, ‘What if I created the music that would be for a band, but the band is just me and my guitar now?’”

Armed with three guitars—an electric and two acoustics—Huguenor worked on X’ed over the course of two years at District Recording Studio in San Jose, where he was allowed to record hours and hours of improvised material, even if he only ended up salvaging a few seconds from the session. Slowly, the songs started to show themselves.

“Going back aways, I knew I wanted to do a all-guitar record, but I didn’t really know what that meant,” he says. “Then I started thinking about it, and ultimately what I wanted was to make the best songs possible. It is experimental, but it’s also about writing songs people would want to listen to while retaining that experimental bent.”

The result of that effort is that X’ed defies expectations at nearly every turn. There are percussive elements made from Huguenor unplugging his guitar then plugging it back in again, or even just the sounds of fingers running across the guitar’s body. In each song, from the gentle, comforting calm of “Mitch McConnell’s Funeral,” to the triumphant and euphoric “Sea Wolf,” Huguenor builds songs that remain woven into the fabric of pop songwriting, with hints of tropicália, krautrock, and musique conrete mixed in--all with only one instrument at his disposal.

“A pop song and a punk song and a jazz tune, they all have just as few restrictions as one another. It’s about whether or not you’re willing to be bound by them,” he says, and that thought is one that permeates throughout X’ed. Unlike other guitar-focused albums, it’s not a showcase of Huguenor’s chops, or a deconstructed ambient work, but the next phase in his evolution as a musician and songwriter. Huguenor’s sense of melody and song structure endures, but it’s framed in a way that no one’s heard before. Even more importantly, it’s one of the most personal statements he’s ever made on an album.

Huguenor has watched San Jose shift from a strident DIY community built by artists, to a city run by massive corporations. X’ed is about knowing that his days there are numbered, because all his friends, collaborators, and favorite bands are now missing. But that’s what makes X’ed a defiantly creative stride. “I’ve always tried to make the music I thought was missing,” he says, “I think, sincerely, that it is the best music I’ve ever made.” 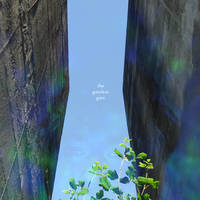 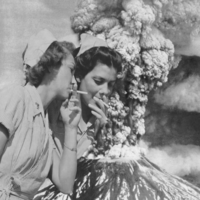 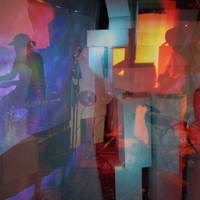