It's Bob from Shinobu's Birthday! Listen to our new guest playlist! 26 August 2020

Today's my friend Bob Vielma's birthday! I met Bob in 2011 after messaging him on myspace, asking if Summer Vacation could one day play with his band Shinobu (San Jose Legends). We didn't know anyone especially outside of San Gabriel Valley, so meeting someone from a band from another part of state was a first. Shinobu had a record release show coming up at Homestead Lanes in San Jose with The Albert Square for their split 7", and Bob let us play! It was our first time leaving our local area to play music. I'm super grateful for Bob as a friend and have always looked up to his opinion and advice regarding band stuff, questions about labels (Phat N Phunky & Asian Man Records), and always appreciated and trusted his diverse and excellent taste in music. So of course it makes sense that he's the first guest on our new playlist "something to vibe to"! Stream it on Spotify here and check out his commentary! 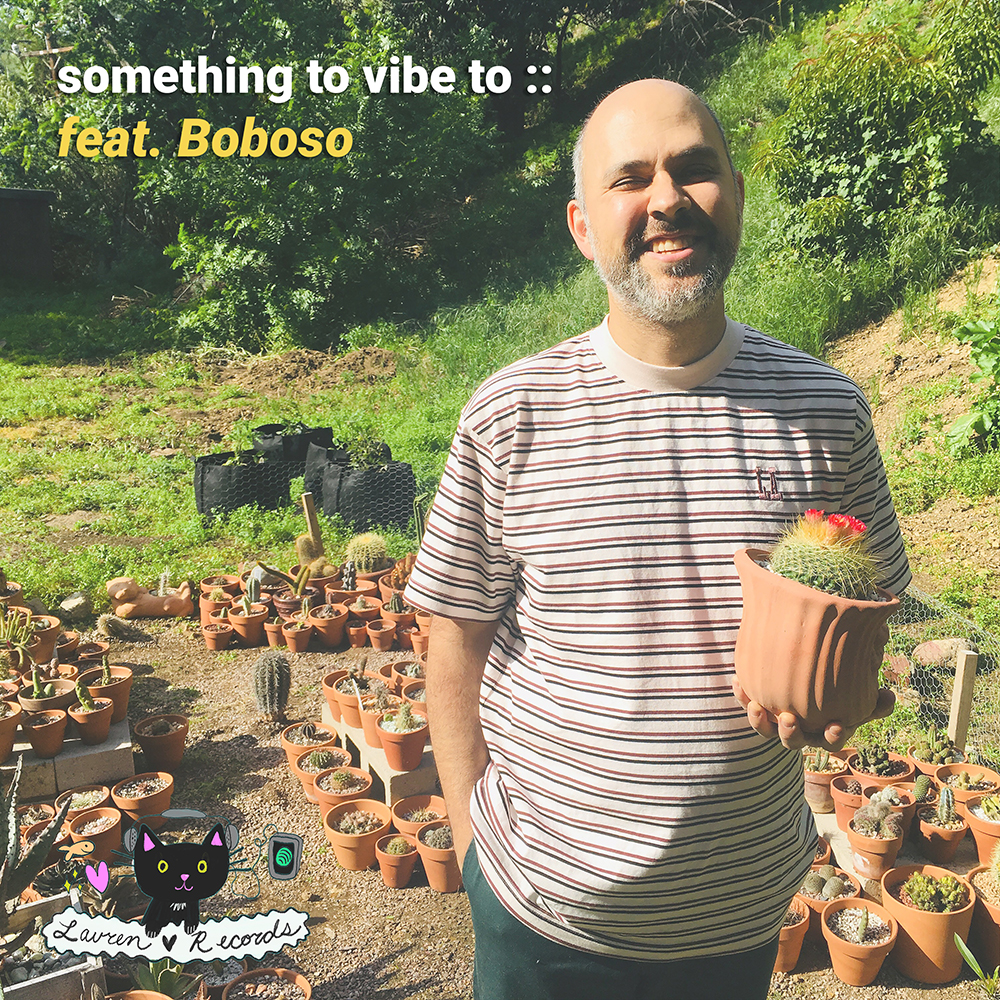 Thanks to Aaron from Lauren for asking me to make this mix. It's hard to single-mindedly hunt for new music the way it was when I was 25 years old, but great new music still crosses my path thanks to friends, coworkers, and occasionally thanks to my own curiosity. A lot of disco and funky shit on this one, interspersed with some old favorites and things that struck me from out of left field. Enjoy!

1. The Rah Band - Clouds Across The Moon: My favorite new discovery since hearing Lustt's "Pillow Talk" cover a few years back. Funky groove and a soaring sentimental melody sung beautifully.

2. The Stone Roses - Elephant Stone: My dawg Rafa showed me this song, a jangly banger where the Stone Roses are batting way above average. Reminds me of my favorite Flipper's Guitar moments.

3. Richard Hawley - Tonight the Streets Are Ours: An oddball favorite at my job, sandwiched between the usual house and trap playlists. Timeless songwriting and melody on this one.

4. Cock Sparrer - Where Are They Now: Cock Sparrer occupied a big hole in my knowledge of punk, but my friend Chase suggested them as something I'd be into and he was right! Cynically optimistic in a really cool way, a deceptively smart song in a simple shell.

5. Sparta Locals - Ougon Wave: Part of my 2000's Japanese indie canon, a decade where Japanese bands were kicking ass while the western establishment was wack AF overall. Sparta Locals borrowed heavily from Television and Gang of Four and made an album far better than either. The video for this song has a skateboarding dog.

6. Bobby James - Miss Me With The: The homie Bobby's newest single is relatable to everyone struggling to make it in this late-capitalist hellscape, and have a little bit of fun in the process.

7. Fat Tony - Godly: It's been cool seeing Fat Tony go from the wide-eyed punk kid in Houston at all the shows, to stylish underground rap legend. The hook by Negashi Armada flexes super hard in the most absurd way. Funnest rap song in recent memory.

8. Rina Sawayama - Comme Des Garcons (Like the Boys): My coworker Nando put me on to this one. Brash pop that gets under your skin and on rotation in your head before you can act too cool for it. The little "woo!" noise at the beginning of the choruses is undeniable.

9. E-40 - Give Me 6: I appreciate 40 Water more and more after leaving the bay for his dedication to having fun with music and wordplay (a lot of people apparently don't like fun music!). This song is timely but also timeless in the same way that all of his best punchlines are.

10. The Lawrence Arms - Quincentuple Your Money: Is it commonly accepted among Lawrence Arms fans that their best release was their split with the Chinkees? Starting with a spot-on Simpsons sample, then launching into a great guitar lead, this one came back on constant rotation recently out of the blue.

11. Cloudbusters - Waste My Time: New project of punky power-pop from members of The Albert Square, Boys, Ogikubo Station, et al. The lyric "now that I'm not spending time with you, I'm doing all the things that I want to" is like the opposite perspective from "Hotline Bling's" controlling protagonist. Y'all are missing out if you don't peep this one.

12. Jennifer Lara - I Am in Love: Funky reggae cover of the Evelyn King song. Strong posi-vibes for the lovers trying to keep that flame lit during dark times.

13. Thundercat - Dragonball Durag: Thundercat has always been close to writing a great song and this might be the first time he succeeded. The groove never wears out its welcome over the song's 3 minutes, and the lyric about mackin' even when you're covered in cat hair is very relatable.

14. Diners - Cup of Coffee: My favorite song off of my favorite band's new album. Timeless songwriting, melody and lyrics.

15. Sweet Trip - Milk: I wish I'd seen this band when they were playing around the bay, but I was too deep into terrible punk music back then. Pretty, weird, shoegaze vibes on this, in a way that predates the cynical "aesthetic" of many revivalists.

16. AJJ - Normalization Blues: AJJ once again stabs right at the heart of American and human stupidity, in a way that is prescient and empathetic (something they excel in). Maybe the best song of 2020 along with...

17. Run The Jewels - Walking in the Snow: Killer Mike's verse gives me actual chills every time I hear this song. Another prescient anthem for the unending struggle that we find ourselves in.

18. Rage Against the Machine - The Wind Below: I'd never heard this until I randomly decided to angrily listen to some political rock the other day. The catharsis in the outro gave me chills.

20. Vera - Take Me to the Bridge: Sultry, brisk disco that doesn't wear out its welcome ever after 7 minutes.

21. Secret Value Orchestra - Serious Intentions: Heard this on a collection of French house, and it's kind of a perfect pop song.

22. Bad Bunny - En Casita: A song about missing your people during quarantine. Bad Bunny is always fun and relatable.

23. Meat Market - Line: I'd been wanting to check out this band for a long time after seeing them list The Blue Hearts as one of their influences somewhere... here we are like 6 years later and I finally heard this song and immediately loved it. The unison voices sound great, and this strikes the right chord of snotty sincerity that I find rarer and rarer in punk these days.

24. Willie Nelson - Roll Me Up - With so much sadness in the world, this is a good song to have on deck. The sentiment of "roll me up and smoke me when I die" calls for celebration of a life well lived, which is the best any of us can hope for at the end, I guess. I'm definitely not articulating this as well as I'd like to... just listen to the dang song!

25. Victoria Mus - Sin Final: Another super long disco song. I have a soft spot for italo disco, and when it's good... IT'S GOOD! One of my favorite italo melodies and synth hooks.