Signals Midwest's album "DENT" is available again on orange vinyl along with a new shirt design. Limited to 500, expected to ship late October. 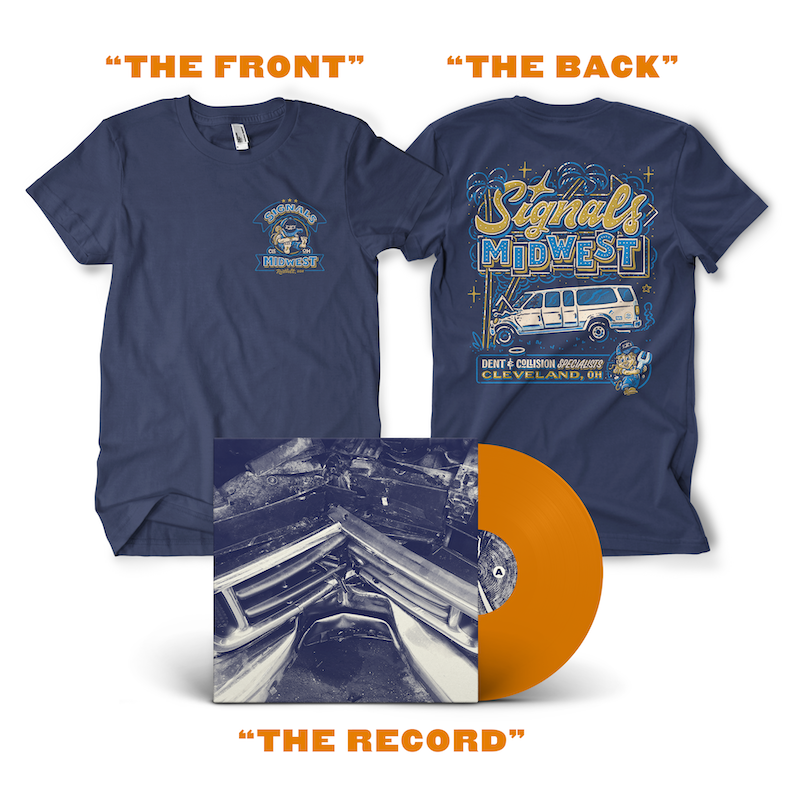 DENT is the fifth LP from Cleveland, OH rock band Signals Midwest, recorded by J. Robbins (Against Me!, Jets to Brazil, The Promise Ring). Inspired by a stolen and ultimately totaled van, the album confronts the uncertainty of a world at halt, and transmits the shaken-up-soda-can energy that fueled its writing process. With a feedback squeal and a quick four-count, DENT hits the ground running, and what follows is just over a half-hour's worth of big songs about little moments, ominous futures, the lure of nostalgia, and finding shards of peace in an almost all-consuming wreckage. In a world up in flames, DENT is a project born from the ashes.